On September 12, 2022 Brett won his second Emmy award for Supporting Actor in a Comedy Series as Roy Kent in Apple TV+ Ted Lasso. You can watch his acceptance speech below then head to the gallery for more than 200 photos of Brett during multiple event that night. 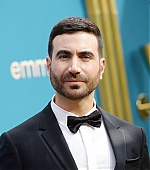 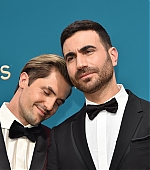 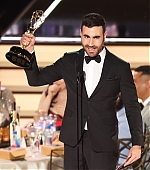 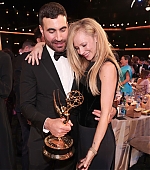 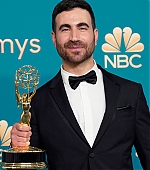 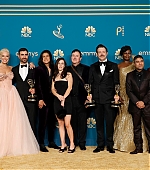 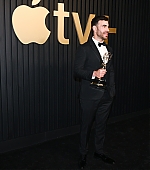 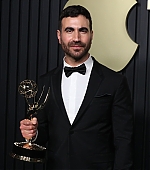 Your newest & biggest source for the amazing Brett Goldstein. Best known for his role as Roy Kent in Ted Lasso. Movies roles like Thor: Love and Thunder, SuperBob, Adult Life Skills and other movie projects.TV Shows like Derek Uncle and his Emmy nominated role in Ted Lasso.

Our gallery is as complete as it gets with 17,945 high quality pictures covering Brett’s appearances throughout the years, promotional pictures of his career and photoshoots.

Feel free to browse the site and gallery, and let us know of any errors that you may find.

Be sure to follow our twitter at @BGoldsteinCom to keep up with all the updates and Come back to visit soon!

Feature: Brett Goldstein for The Wrap 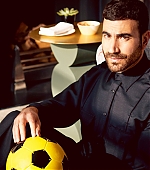 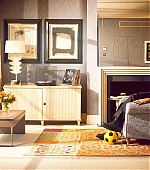 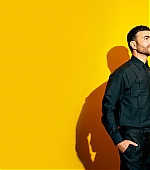 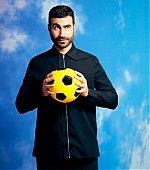 Last year, Jason Sudeikis’ Apple TV+ comedy “Ted Lasso” dominated the Emmy’s comedy categories with 20 nominations and seven wins, including Outstanding Comedy Series, and this year it led all comedy shows with the same number of noms. Half of those are for the remarkable ensemble cast that fleshes out the story of a bruised but resilient American coach at the helm of a British soccer team — and while it’s hard to single out anybody in a company this consistently strong, there’s a reason why Brett Goldstein won an Emmy last year for his performance as Roy Kent, a hilariously profane and angry footballer who has to adjust to life off the pitch in Season 2.

Hell, the guy deserves a room full of trophies just for what he does with the most expressive pair of eyebrows on TV.

On the morning nominations were announced, you pretty much won the best-reaction sweepstakes with your statement that began, “Holy fxxxing xxxx, this is fxxxing insane!” When you’re crafting that kind of statement, do you carefully calibrate how much swearing you have to do so as not to disappoint Roy Kent fans?
(Laughs) I can’t speak for people’s expectations. How many swears? It’s, you know, the amount of swears that comes from the heart. When the Emmys happened last year, it was so incredible, and obviously I swore a lot, but I didn’t swear that much. But what I didn’t realize is that the live show was silenced.

So my family was watching in England, and all they heard was the first line, and then it went to silence. They thought I was saying, “f— f— f— f— f— f—!” They thought it was much worse than the nuanced amount of swearing I did.

When we talked last year, you said you were initially hired on “Ted Lasso” as a writer with a vague suggestion that maybe you could play Leslie Higgins, the ineffectual director of football operations. Ever since then, I’ve been wondering: If Jeremy Swift didn’t exist and didn’t get that part, what kind of Higgins would you have given us?
Oh, man. That’s unimaginable. I mean, hopefully it’s all right to say I’d be a bit younger. My Higgins probably would have been less likable. But I honestly don’t know, because when Jeremy appeared it was 100% him, and the part became molded around him.

And you knew that Roy was the character for you when you sent them a self-taped audition?
I always get nervous talking about this because I’m sure I sound like a weirdo, but I’ve never felt this way before about any part. It was like a calling, like Roy is inside me. People say, “Oh, it was quite brave to send that tape,” and I knew there was a gamble because the worst-case scenario was that I make everybody feel uncomfortable and don’t get asked to come back as a writer for Season 2. But I also knew I would hate myself if I didn’t try, because I felt very, very strongly that I got this character in such a deep way. [More at Source] 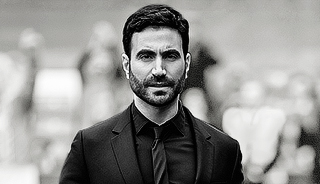